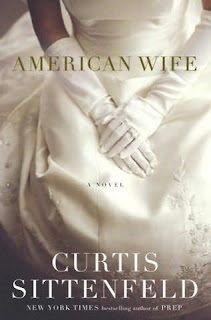 Thanks to everyone that entered my second giveaway!
Random.org has picked Janel!
Congratulations!!!
I have emailed you so please email me back with your contact information so I can send the book to you!
I asked those who entered to tell me their most anticipated fall book, here are the suggestions I got!
Inkdeath by Cornelia Funke
Brisingr by Christopher Paolini
Testimony by Anita Shreve
Fire by Katherine Neville
Hail to the Chef by Julie Hyzy
the latest edition to the Artemis Fowl series
book 3 in the Big Time series by Jennifer Estep, Jinx
The Other Queen by Philippa Gregory
"The Graveyard Book" By Neil Gaiman and Dave McKean
Neal Stephenson's new novel "Anathem"
JK Rowling's Tales of Beedle the Bard
Back To Life by Kristin Billerbeck
"Sweetheart" by Chelsea Caine
The 19th Wife
Against Medical Advice by James Patterson
A dance of Dragons
Let It Snow
Home Comforts by Marilynne Robinson
Up in Smokes by Katie MacAlister
Untamed by PC Cast and Kristin Cast
The Brass Verdict by Michael Connelly
No Rest for the Wiccan by Madelyn Alt
Swallowing Darkness by Laurell K. Hamilton
Living with the Dead by Kelley Armstrong
Knight's Fork by Rowena Cherry
The third in Anna Godbersen's The Luxe series
Time is a River by Mary Alice Monroe
Annie Proulx's new collection, Fine Just the Way It Is
Shadow Kiss by Richelle Mead
Extreme Measures by Vince Flynn
"All I Want for Christmas Is a Vampire"
Cross Country by James Patterson
F. Paul Wilson's Repairman Jack series
The Hour I First Believed by E. Annie Proulx

Thanks again to everyone that entered and helped promote this giveaway!
Posted by Alea at 6:22 AM