And thus begins my NYC/BEA series of posts, hope I don't bore you too much...

So got into the city Thursday early afternoon and hit the ground running. Left our bags at our hotel's front desk and then stopped by the Javits Center and got my badge and then headed to the Museum of Comic and Cartoon Art and then stopped for a lovely lunch at Wendy's (what can I say, when pressed for time other things matter more than what I eat!). During the lovely dining experience (with a creepy bathroom) Sharon and I realized we were very near each other in the city. So we met up in the Manga section of Forbidden Planet! I was actually about to skip Forbidden Planet for some other comic shops but the girl working at the MOCCA said it was a great one and see was right!

This is what I got: 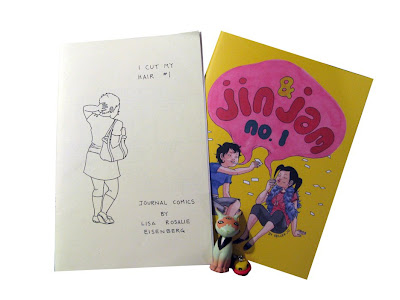 I only picked up a few things because I knew I would have to carry around anything I bought for the rest of the day. That cat thing with 3 eyes is a Tara McPherson toy. I knew I would be meeting her tomorrow at her signing so I figured that was just perfect! That little duck thing is apparently a zipper pull but I just think it's cute!

Determined to hit up another comic shop no matter what Sharon or my mom said (:P) we headed into what we thought was St. Marks Comics but turned out to be St. Marks Bookshop, don't even ask, I was like frantically running for stores. We did end up going to St. Marks Comics as well, er, I guess the blurb I read about it made it sound better than it was, but that's ok. After that we stopped for the cupcakes that Sharon blogged about, see them here.

After that it was time to head to the Jefferson Market Branch of the NY Public Library system for the Teen Author Carnival! And holy crap was that the coolest thing ever! Met up with a bunch of bloggers and authors! You all know who you are! Here's a few pictures! 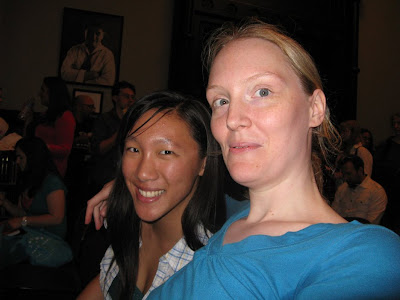 Steph Su and Sharon waiting for the festivities to begin! 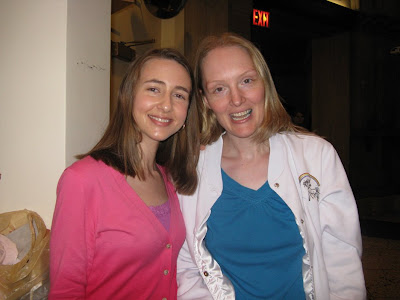 Here's Sarah Cross and one of her blogger pals coughstalkerscough Sharon! :P 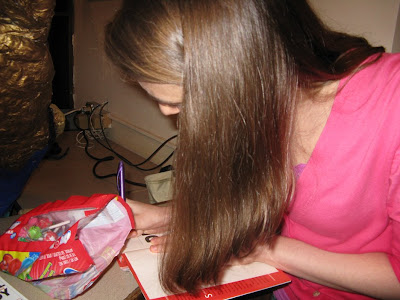 Here's Sarah signing a copy of Dull Boy, not for me but for one of you! Stay tuned.... 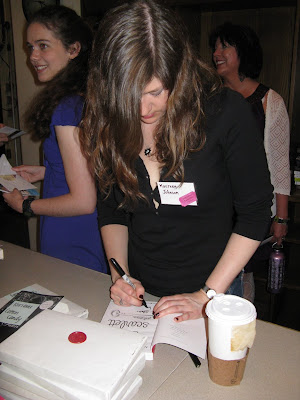 Here's Maureen Johnson signing a paperback copy of Suite Scarlett for me! 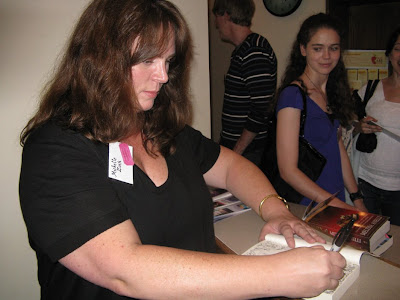 Here's Michelle Zink signing a copy of her book Prophecy of the Sisters! 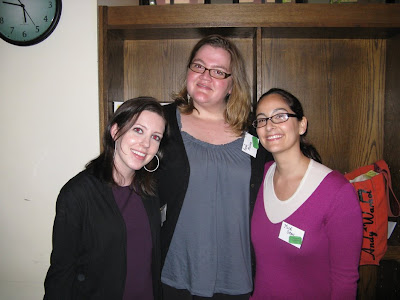 Here we have Jessica Burkhart, Sarah MacLean and Micol Ostow! 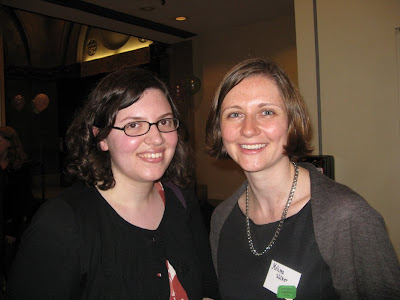 Me and Melissa Walker!

So the Teen Author Carnival was split up into 3 different sections because there were so many authors! A Q & A section which I forgot to get a picture of, a meet and greet, and a signing area! So the authors were split into 3 groups and rotated around!

I brought a handful of books to be signed and they also had Barnes and Noble there selling copies of the authors books as well, so of course I had to buy some more. That's what you see pictured below along with some other "prize books". They made sure we didn't leave empty handed! All in all this was awesome and a big shout out to everyone involved in making it happen! 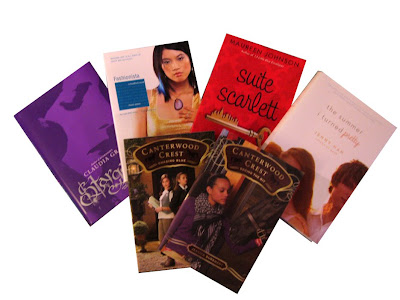 When the Teen Author Carnival ended myself, Sharon, and Steph Su headed over to The Strand to meet Gail and Bethany! We went out to eat (I had pizza) then we had to say bye to Steph Su! Next we headed back over to The Strand. 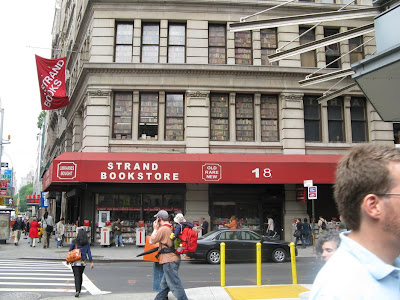 The Strand Master aka Sharon showed us around before she had to take off so she could get to bed at a reasonable time. The stuff I bought at The Strand plus the Teen Author Carnival pretty much filled the duffel bag I brought! Here's what I got: 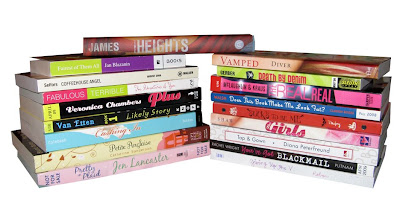 After checking out we parted ways and hopped into some cabs so Gail, Bethany, and I could meet up at 5am the next morning to head over to the Javits Center to get tickets for Catching Fire!