He Forgot to Say Goodbye by Benjamin Alire Saenz 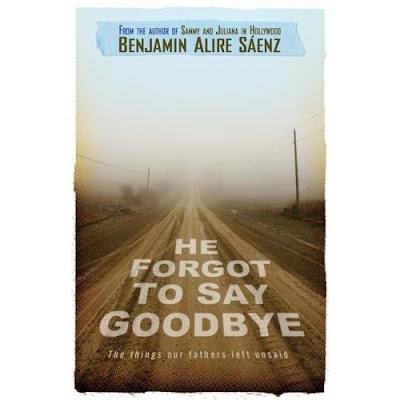 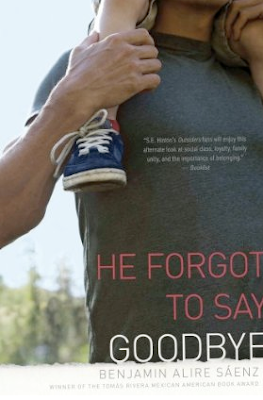 Paperback
Amazon.com:
"I mean, it's not as if I want a father. I have a father. It's just that I don't know who he is or where he is. But I have one."

Ramiro Lopez and Jake Upthegrove don't appear to have much in common. Ram lives in the Mexican-American working-class barrio of El Paso called "Dizzy Land." His brother is sinking into a world of drugs, wreaking havoc in their household. Jake is a rich West Side white boy who has developed a problem managing his anger. An only child, he is a misfit in his mother's shallow and materialistic world. But Ram and Jake do have one thing in common: They are lost boys who have never met their fathers. This sad fact has left both of them undeniably scarred and obsessed with the men who abandoned them. As Jake and Ram overcome their suspicions of each other, they begin to move away from their loner existences and realize that they are capable of reaching out beyond their wounds and the neighborhoods that they grew up in. Their friendship becomes a healing in a world of hurt.

San Antonio Express-News wrote, "Benjamin Alire Sáenz exquisitely captures the mood and voice of a community, a culture, and a generation"; that is proven again in this beautifully crafted novel.

I think both of these covers miss the mark. Especially the hardcover which to me looks very post-apocalyptic. And the paperback doesn't really talk about these two boys and their friendships and futures, it's very stuck in the past. I do prefer the paperback's look more though.