I made this monkey last Sunday, from the Amigurumi World book. It was supposed to have a skirt but I decided not to do it afterall. Since then my limbs and overall craft has greatly improved! 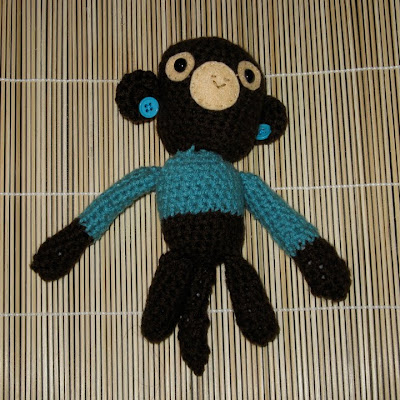 Here's a little snail. The picture doesn't make it looks so cute, I couldn't get it at a good angle because unfortunately it doesn't stand on it's own. This one is from Amigurumi Two, same author as Amigurumi World. 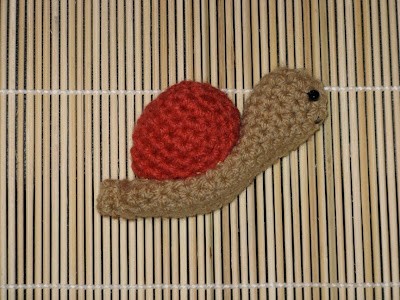 This is a hat from Get Hooked Again (featured on the cover). I had tried it a few weeks ago and it wasn't happening so I gave it a whirl yesterday and did it in about 2 hours. Probably the fastest coolest thing I've made! Fits much better than the other hat I made a few weeks ago. It's a little tight but hopefully it will stretch out! 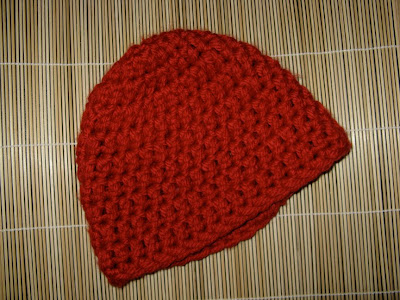 Here's the robot I've been talking about for days from Amigurumi Two! My limb attachment has gotten so much better and just the limbs themselves! Yay! 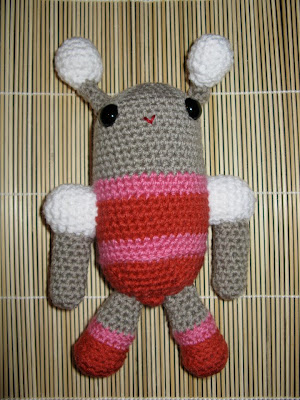 Little cupcake from Amigurumi World. The top came out smaller than the bottom but it still works! 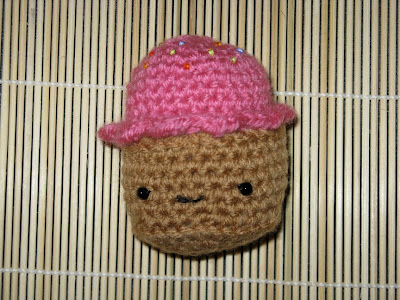 This is a blanket I started this week. It's made out of like 130 single crochet swatches so it will take me forever! The pattern is from the special blankets issue of Crochet Today! 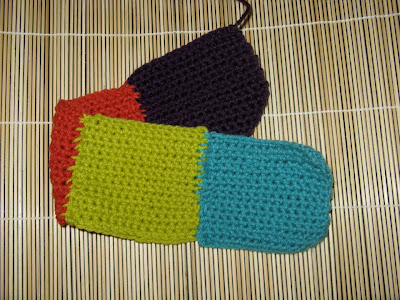 I'm sort of burned out now. I think I need a crochet break. My hands actually hurt when I woke up this morning! Ha! Shoot, I just started a hat for my sister!
Posted by Alea at 7:42 PM