As some of you know, I was in the D.C. area the week before BEA so I hopped on a bus 7am Sunday morning and was into New York City by 11am. Roomie Irish/Gail and I timed it so we would arrive around the same time.

We dropped our bags of at the hotel (and roomie Gail brought me Things I Know About Love by Kate LeVann because she knew I wanted to read it, how sweet!) and then went in search of lunch. We ended up at Max Brenner which I had gotten very excited about! Here are the awesome chocolate pancakes both Gail and I had. 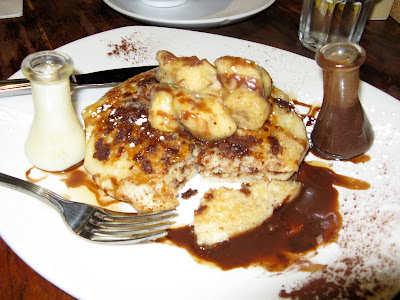 We then headed over to the Strand where we ran into Lenore and Trish! 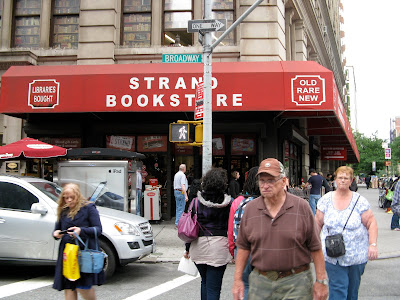 I tried to keep my buying down to a minimum unlike last year when I went sort of crazy. Here's what I got: 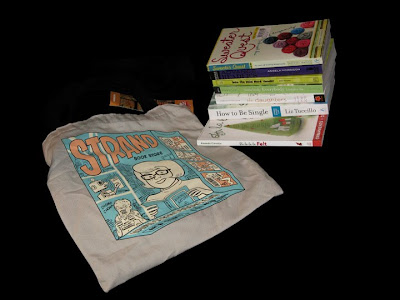 After that we met up with Joanne Renaund for dinner! We went to a ramen house which I can say I've never been to and OMG was it tasty!

After that we went back to the hotel to check in. Then we decided we better make our first Pinkberry run, I think it was the first of three during the trip. Behold: 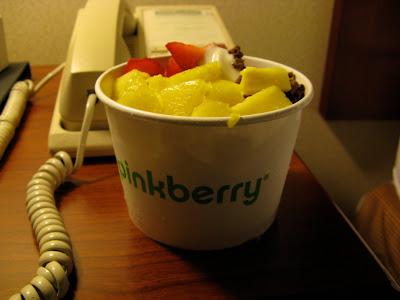 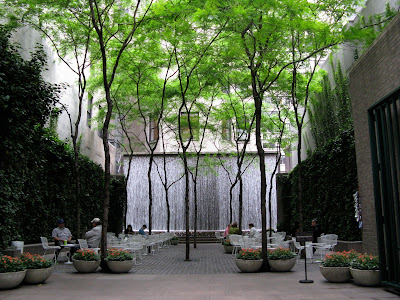 Monday we started the day by eating breakfast at the hotel, yum french toast! Then we wandered around for awhile (see above picture), including Kate's Paperie which was extremely cute. Then we headed over to Harper Collins where we got to chat with a large group of publicists who were all extremely nice. They showed us around for a bit, honestly I don't think I've ever felt so welcome anywhere, such nice people! I picked up a copy of You by Charles Benoit there, which I had heard about via twitter. 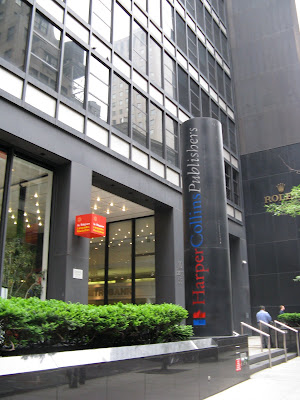 After that Gail and I met up with Julia Hoban, the author of Willow who I always have the best time with! And since the Willow paperback had recently come out we took the chance to get Julia to sign some copies for us! I also found the second book in Candace Camp's Willowmere series, A Gentleman Always Remembers, which wasn't due in stores until the next day. (The week before I tried to buy it, store had it but said I couldn't have it so instead I used my Borders bucks on A Lady's Guide to Improper Behavior by Suzanne Enoch).

Then we headed over to the Jefferson Market Library where the Teen Author Carnival was held. The carnival was organized a little bit differently this year. There were three themed panels on three different floors repeated three different times. Then at the end was a big signing.

I got my copy of The Incorrigible Children of Ashton Place signed by Maryrose Wood, got to meet Sarah Ockler who signed a copy of Fixing Delilah Hannaford for me and also got to say hi to Michelle Zink who signed Guardian of the Gate and mini-posters of her new book covers for me! Also chatted with Melissa Walker, Stephanie Kuehnert and others. This was basically the first time I got to meet a majority of the bloggers (too many to name) that attended BEA this year. Was a lot of fun! 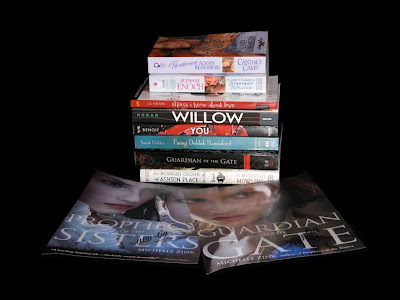 After that we went out for dinner with a HUGE group of bloggers of dinner! The food was good and the conversations were great!

Tuesday morning we stopped at the Javits Center to pick up our badges. And this was the popular spectacle upon entering. It really was very cool! 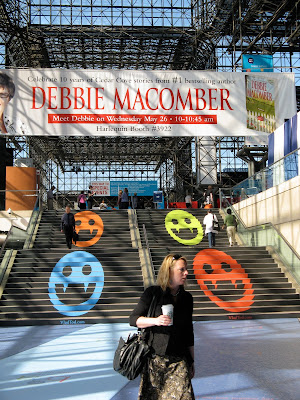 After some breakfast (or for me sweet potato fries) with some fellow bloggers we headed to Penguin for a tour! Yay! We started off visiting the design department, which of course is exactly what I wanted to see. I asked a lot of questions during our tour and we even got to see the review copies closet. I've always wanted to see one of those! They were so kind to offer us some books to take home. I picked up The Solitude of Prime Numbers by Paol Giordano and Promises to Keep by Jane Green.

Next up was a light lunch with Gail, James, Susan, and authors Chelsea Campbell and Anastasia Hopcus and her boyfriend. We had gotten so hot it was so nice to sit inside for a bit! Next it was off to the Lion Brand Yard Studio! If I lived in NYC I would totally take classes there!

Next was tea at Sweetiepies. We knew it was going to be expensive but them with all the taxes and fees it kind of got really expensive! But I still thought it was fun, the food was cute and tasty and we got to spend some time with more bloggers! 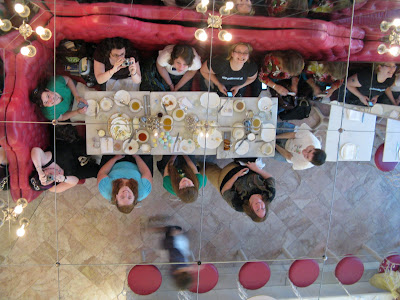 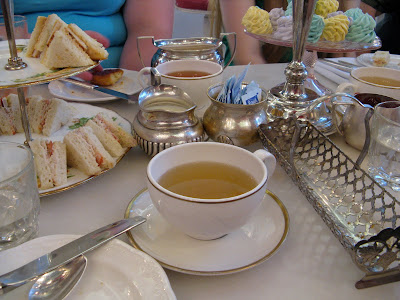 The final event of the day was the Class of 2k10 signing at Books of Wonder. I purchased Change of Heart by Shari Maurer and The Witchy Worries of Abbie Adams by Rhonda Hayter. Gail was kind enough to let me steal some stickers to use as bookplates so I could get the books I had at home "signed" by some of the authors there that night! After the signing wrapped up I was the camera holder for a video interview Gail conducted with Janet Fox the author of Faithful (see the video here). So after listening in on that I ran up to the register and bought a copy book and also had her sign it! 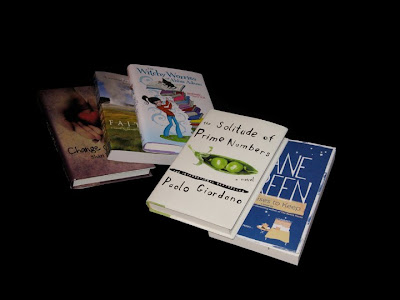 I believe this is another day that ended in a trip to Pinkberry. I tried Chocolate which was a new flavor of theirs I had not had! And of course we got home just in time for Glee!!!!