I returned home from my first day back at work after my vacation to a wonderful surprise. The start of the third path in the Nine Paths of Chloe King! While I was expecting some information on the third path I didn't expect it to come to my doorstep!

This is what was inside: 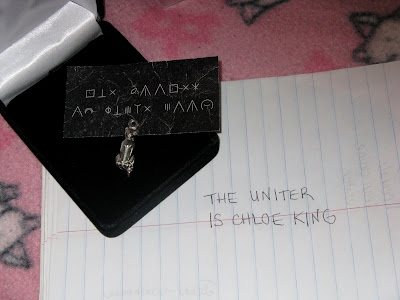 The back of the little slip of paper with symbols on it reads:

"To unmask the ancient Mai script, seek the Bastet in your Book of Mai. A secret waits beneath. Tweet the decoded message using #TheUniter."

I also ended up checking my special email account on my MaiPad and good thing too because that included a new version of the Book of Mai I needed to read to decode the message.

The message read "The Uniter is Chloe King" when I tweeted that I received a tweet back with this image: 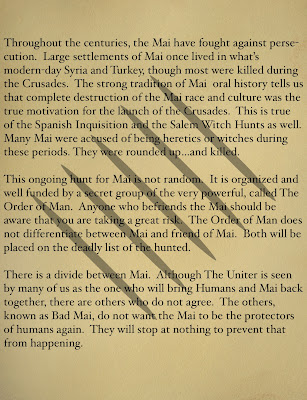 Are you playing along with the Nine Paths of Chloe King? You can play along here! And also get your own Circle Charm by typing in the word Circle.