Today I am going to share with you the 13 books that excited me the most at BEA this year. Most I came home with ARCs of, and then a few a sampler and a few posters but regardless of what I came home with these books have got me excited!

In no particular order, my 13 most anticipated BEA 2011 Titles! 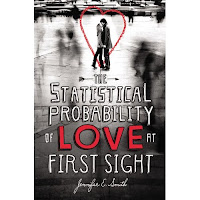 This book just sounds super super super cute! I'm totally loving all the British love interests in YA lately! I also like how this is set over 24 hours and in an airport and a plane! 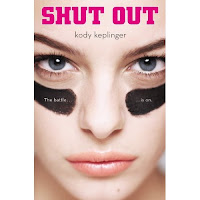 Shut Out by Kody Keplinger
(September 5th 2011)
I really enjoyed Keplinger's first book, The DUFF so I'm sure this one will be just as good! She doesn't shy away from telling it how it is and using the real language teens actually use! 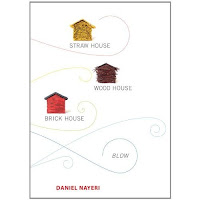 I really enjoyed Another Faust that Nayeri wrote with his sister. And this sounds like a highly original book, it's 4 novellas from different genres. The sampler I got features the novella Blow I believe which is a love story told from Death's perspective, this definitely seems like it will be interesting!

Why We Broke Up by Daniel Handler art by Maira Kalman (January 2nd 2012)
This is the second year in a row I failed to meet Daniel Handler aka Lemony Snicket, hopefully someday! But I was still lucky enough to score a copy of his upcoming book Why We Broke Up. It looks like the story starts with a box of things from the relationship of these two people! I think it could be fabulous!

I love the idea of The Future of Us, in 1996 two kids find their facebook pages from 15 years in the future. Not something you will see everyday! I am always attracted to books that explore social media as a means of storytelling!

Bunheads by Sophie Flack
(October 10th 201)
I danced for about 12 years from Elementary school until I graduated from High school and while I was never as serious as it sounds like the characters in this book are I've always had a soft spot for dance,t so I'm totally excited about this book!

When I saw the title for this book on the screen at the YA Editors Buzz I burst out laughing. And even though it turned out the book wasn't about anything I had expected it to be, it turned out to be even more crazy and original sounding! I don't want to give a lot away but the back of the ARC says "Ferris Bueller Meets La Femme Nikita in this funny, action-packed young adult novel." 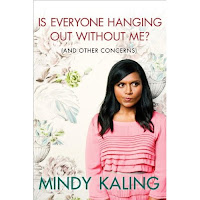 Is Everyone Hanging Out Without Me? (and other Concerns) by Mindy Kaling (November 1st 2011)
I was lucky enough to hear Mindy speak at one of the Adult Author Breakfasts at BEA and let me tell you, she was HILARIOUS! I read a few of the sample chapters  and I love her writing style, it's going to be wonderful! No wonder the Office can be so funny when they have someone like her writing it! 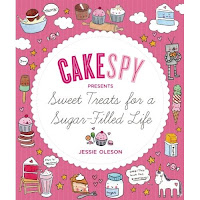 This book has never made me want to eat paper more. The sampler came with two recipes, one for S'moreos and one for Ice Cream Pudding Pie, both which look delicious There are also cute illustrations sprinkled throughout! To hold me over until the release I have been checking out the CakeSpy blog!

I've loved all of the Victoria Dahl books I've read so far so I have a feeling this one will be just as fun!

Until There Was You by Kristan Higgins (October 25th 2011)

When I was looking up events that were going to be at BEA a found a listing for Sophie Blackall's Missed Connections and wondered how I had gone so long without knowing about her! The book is set to be a collection of her beautiful drawings of missed connections, you know, the ads in the newspaper, I saw you (insert place) and you were wearing (insert color and shirt type) and I was the person in the.... anyhow from what I've seen of her drawings and the poster she signed for me at BEA this is going to be one beautiful book!

Marcel the Shell with Shoes On: Things About Me by Jenny Slate & Dean Fleischer-Camp
(November 1st 2011)

What else can I say about this one besides it's Marcel the Shell AS A BOOK! I've heard there are going to be paintings in the book instead of photography like I had imagined. I was so excited to meet the two creators at BEA!

To see a full list of the books I picked up at BEA click here.
Posted by Alea at 6:00 AM