Can you believe Chloe King premiers on Tuesday! Where has the time gone! It seems like just yesterday I started down the Nine Paths and I have it on good authority the Ninth and final path starts tomorrow! 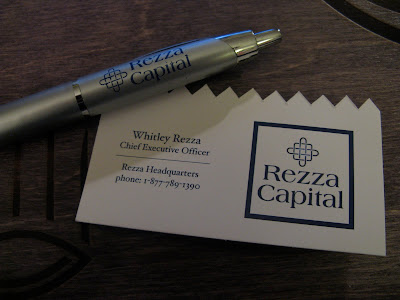 Turning it over revealed the message to "Check the box" and when reading that I knew exactly what this card fit with, the envelope Chloe's adoption papers came with. 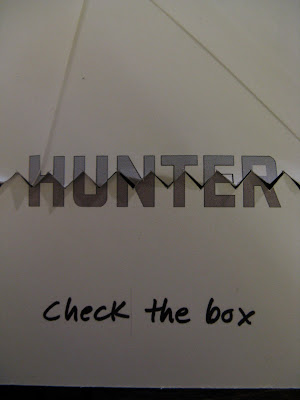 The email from the Mai on my MaiPad revealed that the word "Hunter" is actually a key to unlock the Media Folder on my MaiPad. When I unlocked it, it revealed a short video of two men plotting something evil and revealed the face of Chloe's foe, Whitley Rezza. 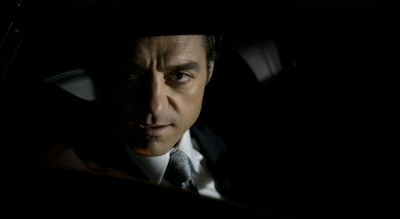 I was also told that once I discovered his identity to tweet the Mai symbol for Foe which you will see below to signal I had completed the seventh path! 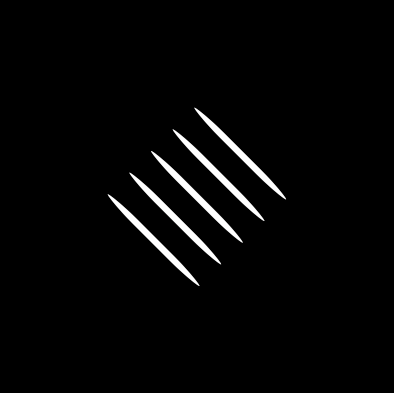 Friday afternoon I came home to two identical slim envelopes. One was a warning and the other a threat! Signaling the start of the eighth path! The warning was a note for the Mai saying the stakes were getting higher and to tread carefully. To help me along my journey they enclosed a Mai Protection charm and said there had been a breach in the Mai security system and that if anyone or any group tried to contact me about Chloe to let them know ASAP. 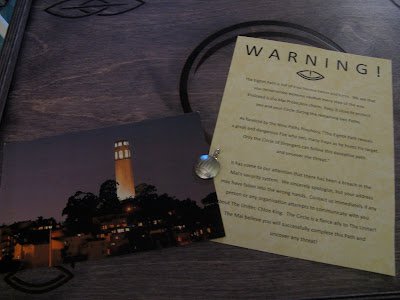 And it turns out the other envelope held a postcard with just that, a threat from Batko.me! So I immediately pulled out my MaiPad and emailed the Mai asking for help! 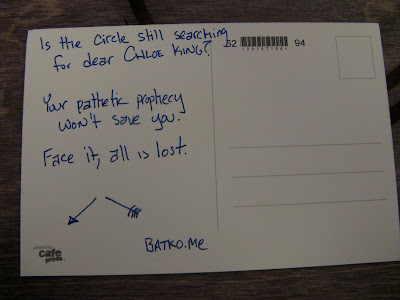 While I waited to hear back from the Mai I got a little curious about Batko's signature when I had talked to him on twitter his name was slightly different and didn't have a period in it. Guessing it might be a weblink I typed it into my browser and found this picture!

Poor Chloe she doesn't even know she's in danger! The Mai wrote me back and said I have completed the Eighth path and that they have Protection Charms available to the first 500 people that request one with the word DECEPTION here. 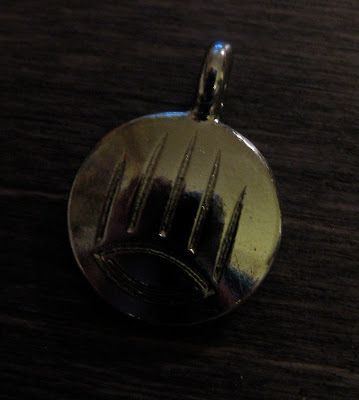