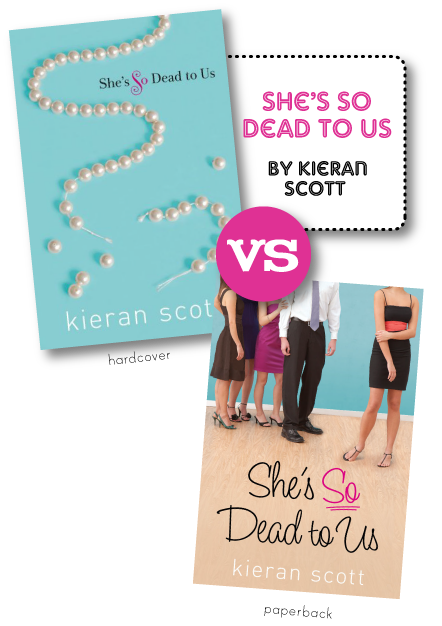 Perfect, picturesque Orchard Hill. It was the last thing Ally Ryan saw in the rearview mirror as her mother drove them out of town and away from the shame of the scandal her father caused when his hedge fund went south and practically bankrupted all their friends. Now, two years later, Ally’s mother has landed a job back at the site of their downfall, and they’re not exactly receiving a warm welcome. One bright spot, however, is gorgeous, intense Jake Graydon. But it won’t be easy for Ally to be with him—not if his friends (her former friends) have anything to say about it. Ally was hoping to have left all the drama in the past, but some things just can’t be forgotten….

Definitely the hardcover. I think it's a more sophisticated and unexpected (in this genre of books) way to show drama, the aftermath. The paperback has more of a commercial look, there is something about the image on the paperback that is awkward. I think it's the combination of the stiff poses and where the image is cut off, love the handwritten font though!