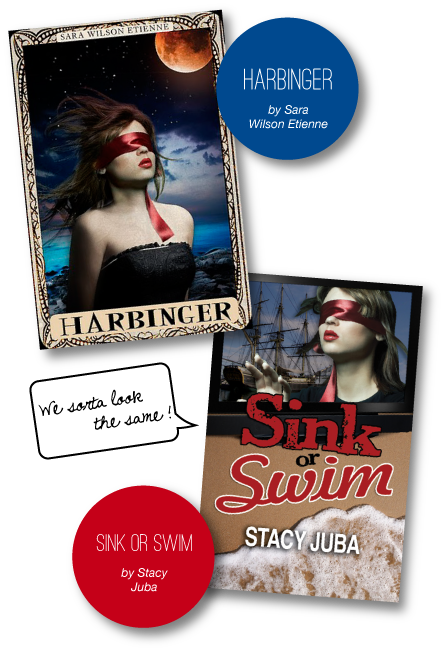 Do you think that's the same girl on both covers? The same picture even? After studying them for awhile I think, yes they are the same, but Sink or Swim got a heavy HEAVY photoshop job. Now, speaking to the covers themselves, neither stands out for me as spectacular but Harbinger wins for its simplicity, Sink or Swim has way too much going on. I really don't even know what I'm looking at, I think the summary would have to give some more explanation for it to make sense.
Thanks to Jess who suggested this lookalike!
Have you spotted a Lookalike you would like to contribute? Send me an email!