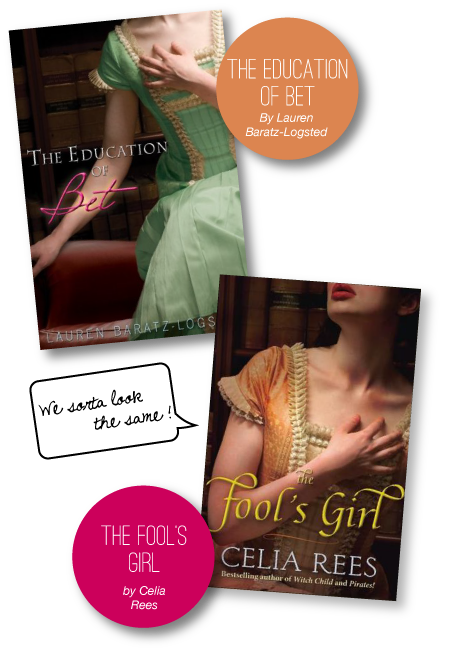 Hmm I don't think either nails it here. On Bet I like that you see more of the girl but it cuts her off at her neck, very awkward. And Fool's is almost cropped in too much but at least you get some face! I do like the color palette's being used on both though! The fonts, they aren't my favorite for the titles.
Thanks to Reggie who suggested this lookalike!
Have you spotted a Lookalike you would like to contribute? Send me an email!
Posted by Alea at 8:46 AM