The Cute Book by Aranzi Aronzo 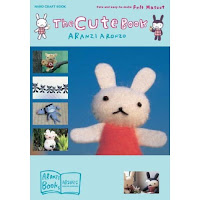 The world of craftsters is full of things Japanese Cute - kawaii, and the look created by Aranzi Aronzo is familiar to many but not until now has a single one of the hundreds of bootleg American copies they've sold been in English. Finally these priceless books of mascots, accessories, clothing and well, just about everything, come in ready-to-read English!

After making more than half of the felties in Nelly Pailloux's Felties I started poking around for other similar books. I located this one, took a look at it at and purchased it. By now I had the basics down so was just looking for some new patterns.

I noticed a few strange and not very cute patterns (to me) but bought it anyways for some of the cute ones. The ones I thought were strange were things such as "Kidnapper", "Bad Guy", and "Liar", I think they are just the sense of humor of the creators and I don't really share that same sense of humor, I'm all about the cute not so much the weird. But no matter, the book had things such as "Striped Cat", "Frog", "White Sheep" and others to catch my fancy.

So far I've only made 5 from the 19 patterns ("Panda", "Monkey", "White Sheep", "Striped Cat", and "Frog"). A lot of the patterns are very similar with the bodies being exactly the same (arms, legs, and a dress) and only the heads being different. Eventually I think I will get to some of the others but they are so similar I haven't really felt the need to make them yet.

Compared to Felties, The Cute Book's directions are a little briefer but unlike Felties it has a whole section in the back about what you could do with the felties (or felt mascots as they are referred to in the book). Ideas include keychains, hair accessory, applique etc. Aranzi Aronzo also has several other books that branch off from this one that look to involve using a sewing machine so I've passed on those.

Overall another fun feltie book after almost exhausting Felties. Would definitely suggest Felties over this title though.

Here's what I've made so far: 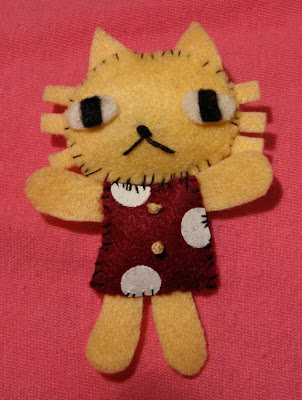 "Striped Cat" minus the stripes 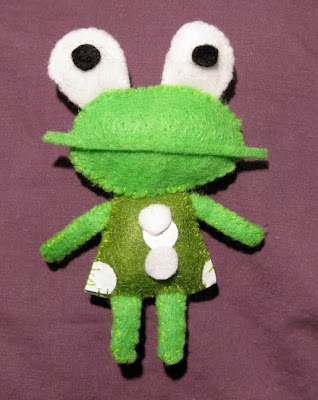 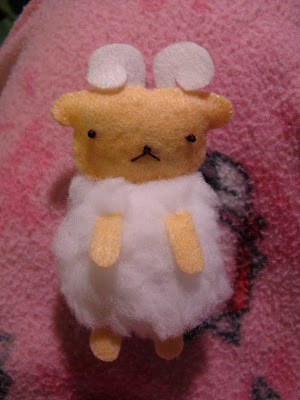 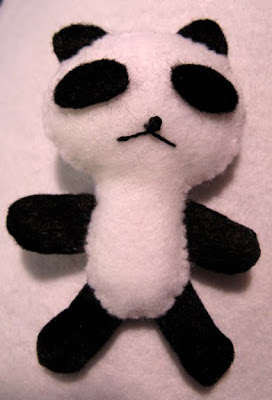 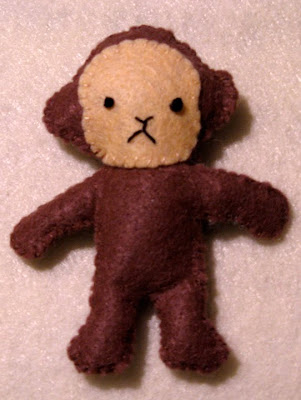 Stay tuned for another contest...
Posted by Alea at 8:00 PM