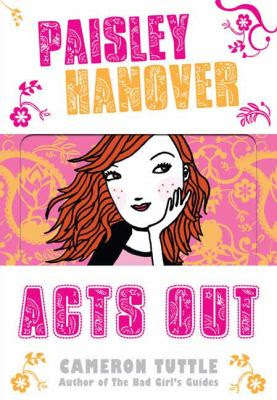 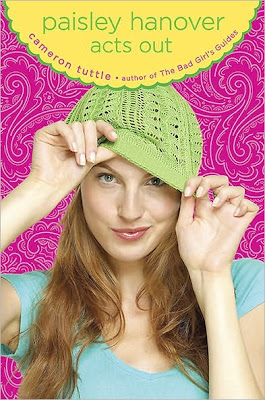 Always one of the popular kids, sophomore Paisley Hanover gets a rude awakening when she’s booted out of yearbook and into the badlands of drama class. Out of her element but only momentarily out of ideas, Paisley takes action—and an unexpected liking to her drama buddies. The result? An undercover crusade that could bring down the popularity pecking order, and Paisley along with it.

This is the story of how Paisley Hanover gets wise, gets bold, and gets into a hilarious mess of trouble. With a package as fresh and clever as Paisley herself— including a cool slipcase, a fabulous novel, and Paisley’s notebook of embarrassingly funny ideas and doodles—it’s the start of a series that embraces the “Un” in UnUsual.

This cover change UPSETS ME. It physically upsets me. Why take something so beautiful and original and turn it into something so genric. WHY! That's the wrongest of the wrong, they had something great and turned it into crap. I usually don't get worked up at all but WHY!? Don't get me wrong the new one is cute and everything but compared to the original it makes me want to cry. Again, why?!?!? I remember when the book was originally released there was a great website created in the same style, you could tell they were really into it and now this?!

From the description it sounds like Paisley is supposed to be a sophomore (not in middle school like I originally though) but really I don't care. I like the original! Are they throwing away the cool packaging I raved about here too?!

Thanks to Khy who also noticed this one.