GIVEAWAY: Nightshade + The Eternal Ones

With the arrival of the utterly awesome Penguin Box I find myself with extra copies of the ARCs of Nightshade by Andrea Cremer and The Eternal Ones by Kirsten Miller which I would love to give away to one of you! I look at giveaways as I way to say thanks for stopping by and reading, commenting etc. Hope you feel the same way!

Here is a bit about the books. 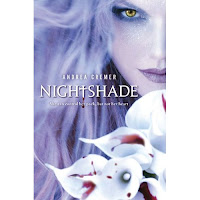 While other teenage girls daydream about boys, Calla Tor imagines ripping out her enemies’ throats. And she wouldn’t have it any other way. Calla was born a warrior and on her eighteenth-birthday she’ll become the alpha female of the next generation of Guardian wolves. But Calla’s predestined path veers off course the moment she saves the life of a wayward hiker, a boy her own age. This human boy’s secret will turn the young pack's world upside down and forever alter the outcome of the centuries-old Witches' War that surrounds them all. 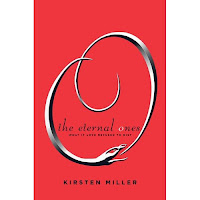 The Eternal Ones by Kirsten Miller

Haven Moore can’t control her visions of a past with a boy called Ethan, and a life in New York that ended in fiery tragedy. In our present, she designs beautiful dresses for her classmates with her best friend Beau. Dressmaking keeps her sane, since she lives with her widowed and heartbroken mother in her tyrannical grandmother’s house in Snope City, a tiny town in Tennessee. Then an impossible group of coincidences conspire to force her to flee to New York, to discover who she is, and who she was.

In New York, Haven meets Iain Morrow and is swept into an epic love affair that feels both deeply fated and terribly dangerous. Iain is suspected of murdering a rock star and Haven wonders, could he have murdered her in a past life? She visits the Ouroboros Society and discovers a murky world of reincarnation that stretches across millennia. Haven must discover the secrets hidden in her past lives, and loves¸ before all is lost and the cycle begins again.

Here's how to enter to win the ARCs of Nightshade and The Eternal Ones!

The giveaway is open to addresses within the U.S. only.

**Copy provided by the publisher, sent by me**