This Year In Movies: April 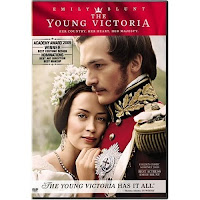 This month I watched 9 tv seasons and 3 movies.

Make It or Break it Vol 1- Better than I thought it would be! It also got more interesting as it went on.

Gossip Girl Season 2- Hadn't realized I had seen 3/4ths of this already but now I've seen the whole thing! This show is addicting!

The Guild Season 1- Funny and very very nerdy. The episodes are really short so basically I watched it as one long episode.

Mad Men Season 3- I've heard this is the best season yet and the worst yet. I guess it was sort of the same as the others, ha! I can't wait to see what happens in Season 4 though!

The Guild Season 2- A bit better than Season 1. I believe this is an internet show? So interesting that they gave it a dvd release!

The Informant- Strange. I saw it listed somewhere as a comedy it wasn't really that funny but it also wasn't a drama.

Nip/Tuck Season 5 Part 2- This show keeps getting stranger and stranger but I keep watching. Probably a good thing it's ending soon, hard to believe it's from the same guy that made Glee!

Up in the Air- Really liked this movie, minus the ending.

Friday Night Lights Season 4- Great season. A lot of new characters but the storylines are still great. Love it!

Nurse Jackie Season 1- Interesting show. I really like Jackie but also really dislike her in some ways. Great character study.

The Young Victoria- Beautiful movie, I wish it was twice as long though, ended too soon.
Posted by Alea at 12:00 AM