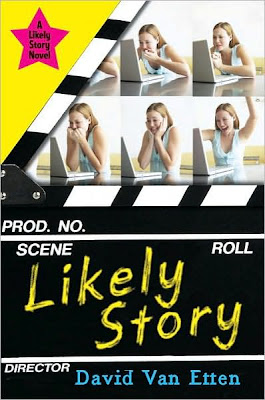 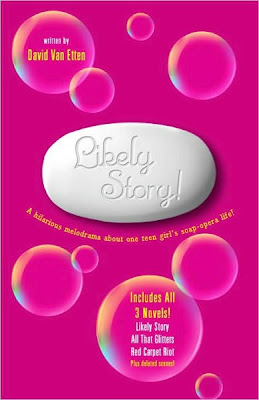 Paperback
Amazon.com:
Meet Mallory Hayden, sixteen-year-old producer and creator of her own soap opera. Can she survive life with her backstabbing soap-star mother, keep her friends close and her enemies closer (and tell the difference between them), find true love (supersweet boyfriend-or the show's supercute male lead?), and make her show a hit in this world of high-stakes drama and sudsy sabotage?

Originally published as separate hardcover novels, here are all three Likely Story novels in one sizzling volume!
So to start with, the paperback is actually a collection of the 3 books in the series (which all look similar to the hardcover). I've never been a fan of the hardcover (though the flip book sort of imagery could be a nice concept if the image was more interesting) until I saw the paperback and well I really don't have anything nice to say about it so I won't say anything.
I feel like a lot of series are being released together in one book recently, it's definitely an economical way to purchase a series.
Have you spotted a Hardcover vs. Paperback you would like to contribute? Send me an email!
Posted by Alea at 8:46 PM