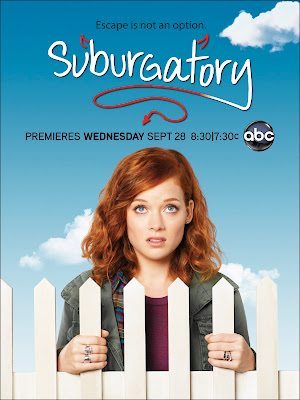 Last week I received a bag of goodies in the mail. At first I was confused, what were they for and then I read the note from Dallas Royce and saw the card about an advance screening of Suburgatory which is a new fall tv show from ABC I was excited for! 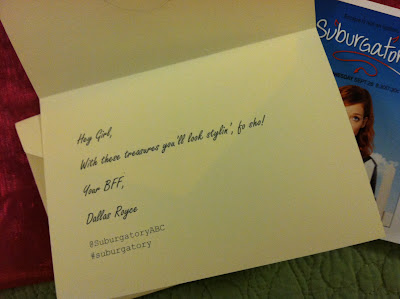 Oddly enough I was really into some of the things in the bag, what does that say about me, yeah I'm from the suburbs. :) 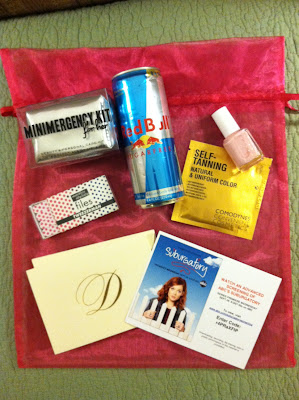 Because I was already so excited to see this new sitcom I sat right down and watched the pilot episode and let me tell you, it did not disappoint, I actually liked it even more than I thought I would. 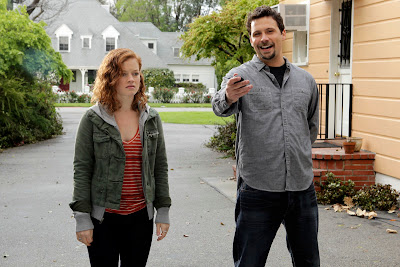 The show features Tessa (I love her look of disgust) and her father George (Jeremy Sisto as a father?! It's crazy, when I think of him I think of Clueless and Six Feet Under, definitely not a father but it somehow works) who move from NYC to the suburbs.
I found it to be a wonderful fish out of water story filled with sarcastic dialogue and narration, perfect suburban imagery and a whole bunch of laughs. If you like Mean Girls you'll love this! 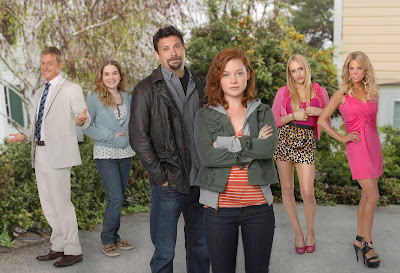 One of my favorite characters is Dahlia (in the leopard print skirt) who has some of the funniest lines and deadpans them perfectly. Basically this show was awesome and if the creators can keep it going full steam ahead they are going to have a great show on their hands!

While the show doesn't premiere until tomorrow (This Wednesday at 8:30/7:30 Central on ABC) I am able to share a code that allows you to watch the episode right now! If you can't tell I'd definitely recommend it!

If you check out the show, now or when it premieres stop back and let me know what you think! This Fall TV season is turning out to be something great! 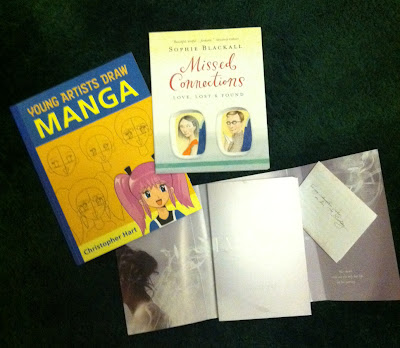 The Lying Game by Sara Shepard

Earlier this summer when I found out the Lying Game was being made into a ABC Family show jut like the author's other series, Pretty Little Liars, I squealed with glee. And while I didn't finish the book before the show started it got me going on it.

For anyone else that has read the first 8 books in the Pretty Little Liars series there is a sort of funny connection (I think) between this series and that one, anyone else notice that? Anyhow onto the story... this is another mystery that involves a set of twins, one living and one dead (?) whom both narrate. The living twin, Emma ends up taking over her sister's life and tries to figure out what happened to her sister Sutton, who is basically a ghost who has no memory of what happened to her.

This first book in the series is very much a set up for the whole series (Just like the first PLL book) so not a ton is revealed or really happens for that matter but I'm really excited to see where it goes. I love the whole concept of the Lying Game, which is actually a game and I hope we get to learn more about that in the upcoming books.

And if you are interested I would definitely suggest the tv show, right now I think I might like that a little more than the book but of course everything happens faster on tv! ;P As it stands now the show is a little different than the book but we'll see how it plays out!

The Lying Game was released on December 7th 2010
Genre: Young Adult
3.5/5 Stars
Got copies from several places!
Posted by Alea at 6:00 AM 4 comments: 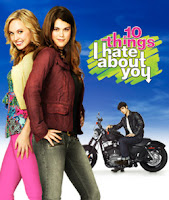 10 Things I Hate About You Season 1- When I heard about this show I decided I would never watch it, why mess with a classic right? But then I saw it on Netflix Instant View and gave it a try, and actually it was really good and different enough. Too bad it got canceled!
Posted by Alea at 8:08 PM 4 comments:

All purchased at Borders, apparently it is closing in 10 days. :(

29 by Adena Halpern
The Book of Even More Awesome by Neil Pasricha
The English American by Alison Larkin
You Dropped a Blonde on Me by Dakota Cassidy
Posted by Alea at 3:32 PM 1 comment: