Man a lot of time as passed since I last posted one of these, but I'm really excited about the books I got! 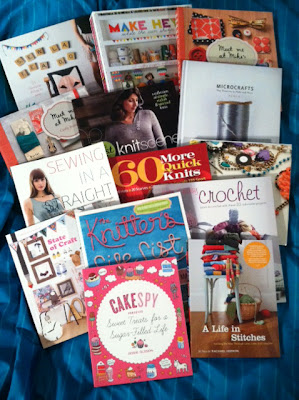 Amazon:
Microcrafts compiled by Margaret McGuire, Alicia Kachmar, Katie Hatz and Friends
The Best of Knitscene by Lisa Shroyer
60 More Quick Knits
Sewing in a Straight Line by Bretta Bara
State of Craft edited by Victoria Woodcock
Cakespy by Jesie Oleson
Is Everyone Hanging Out Without Me (And Other Concerns) by Mindy Kaling 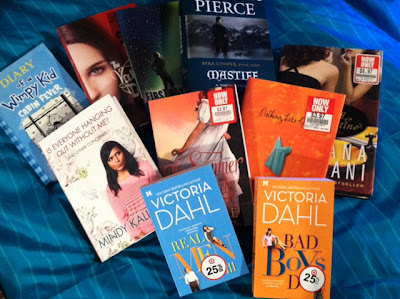 BooksAMillion: (Haven't been to one of these in years, it seemed a lot like Borders too bad it's too far away to go to often!)

This Year in Movies: September & October

With Fall TV back on I haven't been watching too many dvds but here is what I watched in the last two months!

One Day- I thought there was no way this could be bad, turned out I was wrong. Rather disappointing.

Burlesque- Was really surprised how much I liked it. It was just beautiful to watch!

Never Let Me Go- Interesting concept for a movie... probably should have read the book first!

You Again- Just a fun movie, enjoyed re-watching it.

Urbanized- Really interesting documentary by the man that made Helvetica!


Royal Pains Season 2- For being a show about a doctor I'm surprised but how much I like it!

Bad Teacher-Odd movie, for some reason it was fun watching her get away with it but at the same time I don't know what to really think of it. Felt really disjointed at times.
Posted by Alea at 12:00 AM 3 comments: