This Year In Movies: August 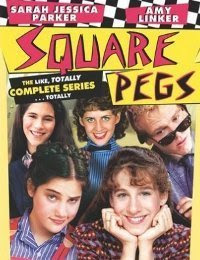 This month was a little better than the last two but not by much!

Drillbit Taylor- sort of funny, pretty much what i expected.

Charlie Bartlett- better than I expected!

Hum Dil De Chuke Sanam- This was a rather sweet Bollywood movie, I liked the ending, for the longest time it didn't seem it would go the way it did but I'm glad it did

Sisterhood of the Traveling Pants 2- great sequel to the first movie. I think they condensed the three books into this pretty smoothly

Smart People- this was pretty great. Ellen Page had a great character.

Meet Bill- Sort of a random movie but I liked seeing the evolution of Bill.

Queen Sized- this stars the girl from Hairspray, it's definitely made for tv. It was a nice movie even though it talks about depressing subject matter.

Square Pegs Complete Series- I had been waiting to watch this ever since I heard about it on VH1's I love the 80s a few years ago. Wow was this fun to watch!

Into the Wild- I knew it would be depressing based on what I knew about the book and it was.

Here's an episode of Square Pegs condensed down to 5 minutes!