Are You There, Vodka? It's Me, Chelsea by Chelsea Handler 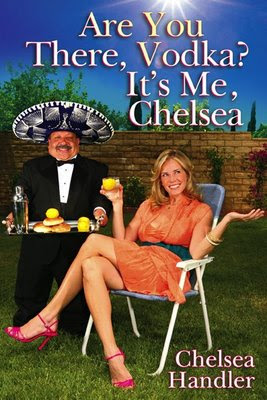 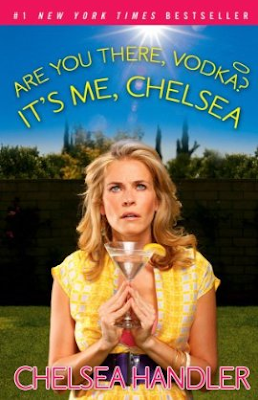 When Chelsea Handler needs to get a few things off her chest, she appeals to a higher power -- vodka. You would too if you found out that your boyfriend was having an affair with a Peekapoo or if you had to pretend to be honeymooning with your father in order to upgrade to first class. Welcome to Chelsea's world -- a place where absurdity reigns supreme and a quick wit is the best line of defense. In this hilarious, deliciously skewed collection, Chelsea mines her past for stories about her family, relationships, and career that are at once singular and ridiculous. Whether she's convincing her third-grade class that she has been tapped to play Goldie Hawn's daughter in the sequel to Private Benjamin, deciding to be more egalitarian by dating a redhead, or looking out for a foulmouthed, rum-swilling little person who looks just like her...only smaller, Chelsea has a knack for getting herself into the most outrageous situations. Are You There, Vodka? It's Me, Chelsea showcases the candor and irresistible turns of phrase that have made her one of the freshest voices in comedy today.

Paperback, definitely (I think that's actually the back of the hardcover as well, right?). It works so much better with the title and the title of the book it's spoofing. When I first saw it I thought it was hilarious! My one problem, Chelsea looks a bit older on it, she just doesn't look as good, bad lighting or something. I really like how it appears that she's in the same setting in both, so they are different but not polar opposites.