This Year In Movies: July 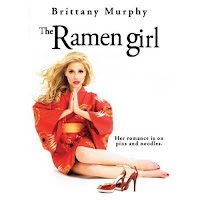 In July I did pretty good, not like I did before I had a job but better than most of the rest of this year and I think it's due to the fact I'm working on some I Dare You Challenges! I watched 12 movies and 1 tv show on dvd.

The IT Crowd Season 2- It was as hilarious as the first season, I already bought it and am looking forward to Season 3!

Two Lovers- Definitely interesting. I was hoping for a somewhat shocking ending, not sure why, and sadly it didn't have one. I liked it though!

The Reader- Yeah this was as awesome as people say it is. I loved it and I'm pretty sure I teared up a few times! Loved it!

Brokedown Palace- This was pretty much exactly what I thought it would be like. Interesting but I wanted more from the ending and actually hounded a few people on twitter for some insight! I watched this for Rebecca's I Dare You Challenge!

The Ramen Girl- I liked this a lot more than I thought I would. This isn't the kind of movie you'd expect to see Brittany Murphy in and I liked that. The ending was definitely something you would expect to see her in though. I want to go eat some Ramen now! I watched this for Rebecca's I Dare You Challenge!

Hera Pheri- This was uh ok. I guess it was supposed to be a comedy but it was kind of sad at some points and I like more of the female-centric bollywood plotlines. So it's one of my least favorite of this genre. :/ Sorry Mitali! I watched this for Mitali's I Dare You Challenge!

Jaane Tu Ya Janne Na- Ok this is much more my type of Bollywood. I've seen more of the classically set stories so I'm excited to be watching these modern day stories. This was a great one and I definitely squeeeed a few times!

Before Sunrise- Reminded me a lot of Waking Life (same director) but less awesome stuff to look at during the discussions. I liked it fine but I liked it a bit more after seeing Before Sunset. I watched this for Tiff's I Dare You Challenge!

Before Sunset- I liked this one a bit more than the first movie, I think because the characters had already met and had that foundation. I watched this for Tiff's I Dare You Challenge!

500 Days of Summer- If you haven't heard me rave about this enough check back Sunday for a review! And I'm totally listening to the soundtrack while typing this!

The Women (original)- I liked this more than I thought I would! I liked having seen the remake already it kind of made it easier to follow for me and more exciting to see what was different and what was still the same when they remade it. I watched this for Sharon's I Dare You Challenge!

Jab We Met- Another good Bollywood from Mitali! This was a lot of fun too and I'm glad there were a few more dance numbers even though it was a contemporary Bollywood! Cute! I watched this for Mitali's I Dare You Challenge!
Posted by Alea at 12:00 AM