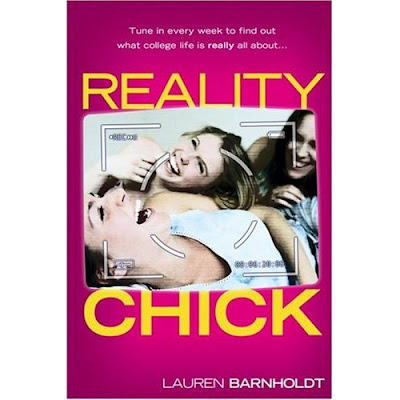 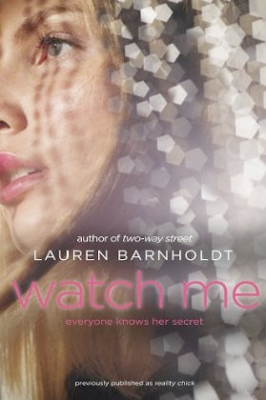 Going away to college means total independence and freedom. Unless of course your freshman year is taped and televised for all the world to watch. On uncensored cable.

Sweet and normal Ally Cavanaugh is one of five freshpeople shacking up on In the House, a reality show filmed on her college campus. (As if school isn't panic-inducing enough!) The cameras stalk her like paparazzi, but they also capture the fun that is new friends, old crushes, and learning to live on your own. Sure, the camera adds ten pounds, but with the freshman fifteen a given anyway, who cares? Ally's got bigger issues -- like how her long-distance bf can watch her loopy late-night "episode" with a certain housemate. . . .

it's impossible to turn off.
This was an interesting change, from Reality Chick to Watch Me. I feel like the new title takes it in a more serious and less fun and flirty direction almost into peeping tom territory. I can see wanting to get away from the word "reality" and the idea of a camera though, I'm sure I'm not the only one that's sick of a lot of the reality tv out there and things with that label can be a turn off. I think the new cover will fit in well with the current covers currently being seen in young adult literature so I think it will help find the book a new audience.