Her Fearful Symmetry by Audrey Niffenegger 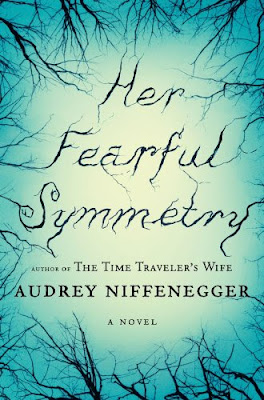 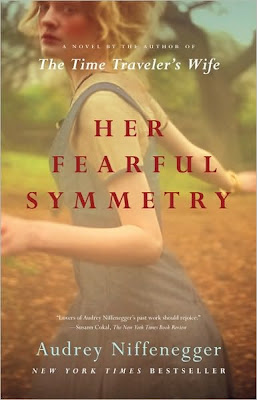 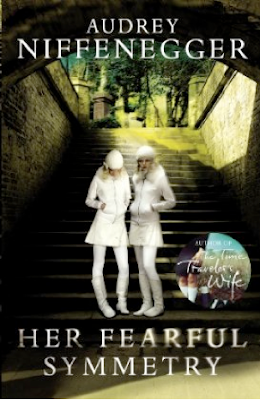 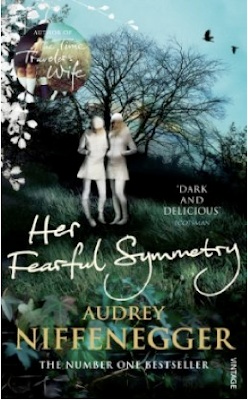 Julia and Valentina Poole are twenty-year-old sisters with an intense attachment to each other. One morning the mailman delivers a thick envelope to their house in the suburbs of Chicago. Their English aunt Elspeth Noblin has died of cancer and left them her London apartment. There are two conditions for this inheritance: that they live in the flat for a year before they sell it and that their parents not enter it. Julia and Valentina are twins. So were the girls’ aunt Elspeth and their mother, Edie.

The girls move to Elspeth’s flat, which borders the vast Highgate Cemetery, where Christina Rossetti, George Eliot, Stella Gibbons, and other luminaries are buried. Julia and Valentina become involved with their living neighbors: Martin, a composer of crossword puzzles who suffers from crippling OCD, and Robert, Elspeth’s elusive lover, a scholar of the cemetery. They also discover that much is still alive in Highgate, including—perhaps—their aunt.

I have to bring the UK covers into this one because I saw the UK Hardcover first and it's always been my favorite, how glorious! I like the UK Paperback too but it's too busy (I don't like the sticker they put on both versions). The US Paperback is nice as well but it's sort of forgettable for me, US Hardcover no thanks!

Thanks to Kelly who pointed out the US Paperback!