The Sky Isn't Visible From Here by Felicia C. Sullivan 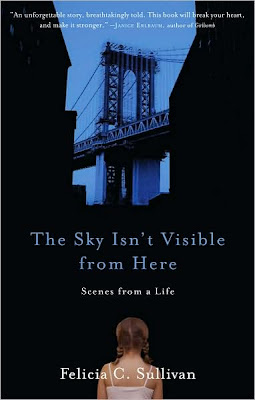 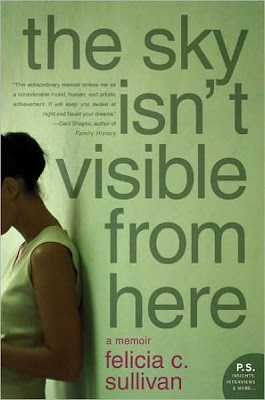 Days before Felicia Sullivan graduated from college, her mother disappeared; she hasn't been heard from in more than twelve years. It was possibly the last betrayal her mother, a beautiful, volatile, deceitful drug addict, would add to those that built their relationship, which subjected Felicia to a nightmare childhood on the toughest streets of 1980s Brooklyn. Growing up in the close company of dealers, users, and a host of unsavory characters, Felicia became her mother's keeper at a shockingly young age—getting her to the hospital after her overdoses, enduring her cruelty and narcissistic rages, and accepting the abuse or indifference of numerous so-called stepfathers. Years later, damaged and ashamed of her past, Felicia invented a new, brutally hard-partying persona to show to the world: she became her mother.

Affecting, honest, and utterly extraordinary, The Sky Isn't Visible from Here is a book about secrets and forgiveness—the story of a young woman unraveling . . . and then putting her life back together again.

While I do appreciate the heaviness the hardcover brings to the equation, there is just something off about it. I get what the designer is trying to create here but it's not working for me. Paperback for me.