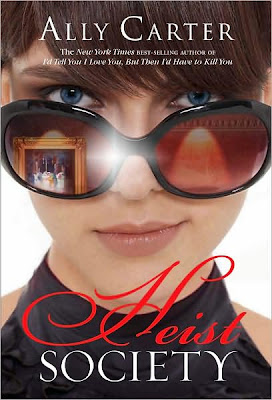 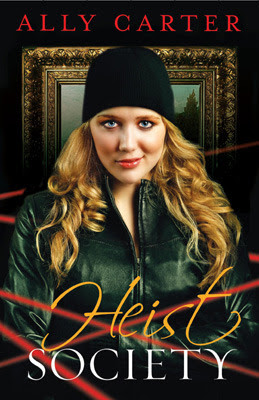 Australian Edition
Amazon.com:
When Katarina Bishop was three, her parents took her to the Louvre...to case it. For her seventh birthday, Katarina and her Uncle Eddie traveled to Austria...to steal the crown jewels. When Kat turned fifteen, she planned a con of her own--scamming her way into the best boarding school in the country, determined to leave the family business behind. Unfortunately, leaving "the life" for a normal life proves harder than she'd expected.

Soon, Kat's friend and former co-conspirator, Hale, appears out of nowhere to bring her back into the world she tried so hard to escape. But he has good reason: a powerful mobster's art collection has been stolen, and he wants it returned. Only a master thief could have pulled this job, and Kat’s father isn’t just on the suspect list, he is the list. Caught between Interpol and a far more deadly enemy, Kat’s dad needs her help.

For Kat there is only one solution: track down the paintings and steal them back. So what if it’s a spectacularly impossible job? She’s got two weeks, a teenage crew, and hopefully just enough talent to pull off the biggest heist in her family’s (very crooked) history--and, with any luck, steal her life back along the way.

This is an interesting one, they portray very different ideas of art thefts. The first a high society rich girl with the sunglasses and the fancy clothes straight out of the movies and the second a more everyday looking girl dressed as a cat burglar. I guess I prefer the US edition probably because on the Australian edition it looks like that girl's head has been stuck on someone else's body. I really do like the red security/alarm system lights though!
Thanks to Kelly who pointed out this H vs P!

Have you spotted a Hardcover vs. Paperback you would like to contribute? Send me an email!
Posted by Alea at 9:12 AM