How to Steal a Car by Pete Hautman 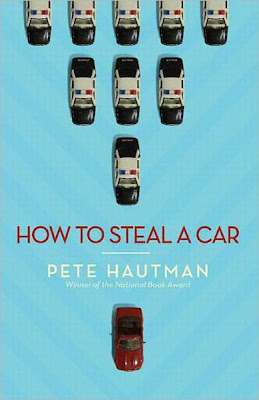 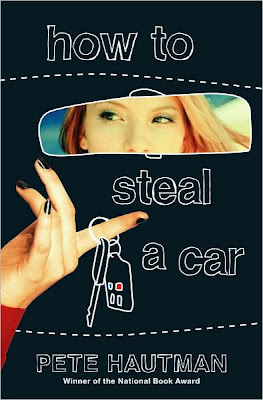 
In How to Steal a Car, National Book Award winner Pete Hautman takes teen readers on a thrilling, scary ride through one suburban girl's turbulent life - one car theft at a time.

I've always found the hardcover rather wonderful. It's  funny but in such a simple way.  While the mix of illustration with photography on the paperback is nice it is not exactly working. The placement of the hand and the girl's face in the rear view mirror don't exactly match up in my opinion so there is a disconnect. So while it's cute I, I still vote Hardcover!

Have you spotted a Hardcover vs. Paperback you would like to contribute? Send me an email!
Posted by Alea at 10:15 PM