I actually found my way down the Second Path of the the Nine Paths of Chloe King the end of last week but coming down with a cold and traveling home from New York City has prevented me from sharing the conclusions I came to until now.

The second path started with an email, including a set of 3 questions and a photo.

The three questions were:

And the photo was: 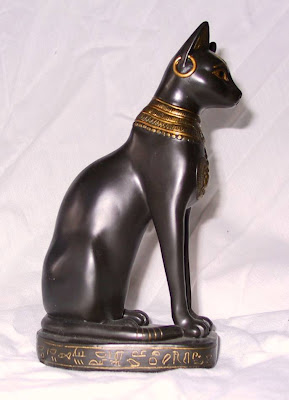 I was instructed to use the Google App on my MaiPad to photograph the image and after about 10 tries it came up with a result that looked rather similar to my photo and I set off on my journey to answer the three questions.

With the help of my BEA roommates and some Twitter pals here are the answers I came up with.

I was then instructed to type in the three answers (Bastet, Sun, and Bubastis) into a YouTube search and this is the video I found:

Don't forget, you can play along too by visiting this link!  I can't wait to see what the third path will be!
Posted by Alea at 6:13 PM