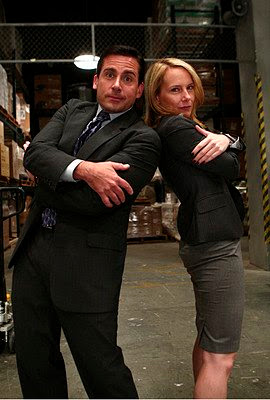 *SQUEAL* Who watched The Office Season Premiere tonight? I need someone to chat with about this! I was expecting a half an hour episode and was totally surprised for a full hour! I don't want to spoil it for anyone, but near the end there.... YAY!!!!!
It's my plan to watch 30 Rock Season's One and Two by the time it premieres the end of October right after The Office. I've watched about 7 episodes so far and it's hilarious. Tina Fey is a genius.
I'm thinking I might have to go into more detail about the Fall Season at a later point.. but what are you guys watching?
Posted by Alea at 9:14 PM