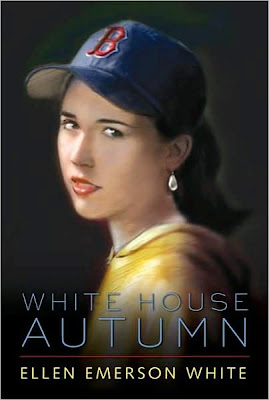 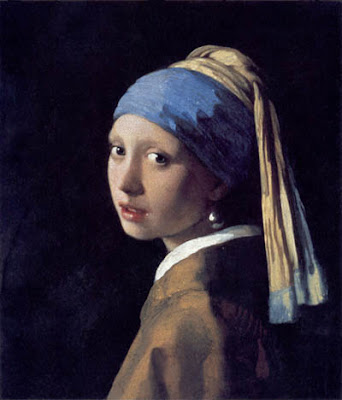 Girl with a Pearl Earring (1665) by Johannes Vermeer 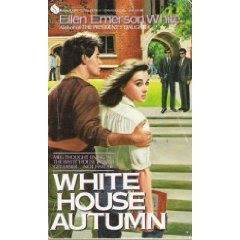 This is what I will assume was the original White House Autumn cover from 1985.
Amazon.com Product Description:
After ten months of living in the White House, seventeen-year old Meg Powers knew she should be used to the pressures of life in the spotlight—but she wasn’t.
In addition to the usual senior year worries—college applications and Josh, her first serious boyfriend—Meg had to live up to what was expected from the President’s daughter. She had to suppress her sense of humor and watch the way she dressed and spoke. And she had to try to have a normal relationship with Josh despite intrusions by reporters and secret service agents who followed her everywhere.
Then, just when everything was already so difficult, a shocking attack on her mother makes life in the White House even more impossible. Meg, her father, and her two younger brothers find they must turn to one another for solace and support—while her mother’s life hangs in the balance.
What do you think of these intentional lookalikes?
Check back soon for the last two lookalikes in this series.
Posted by Alea at 6:00 AM