Sarah Mlynowski Covers get a makeover! (Paperback vs. Paperback) 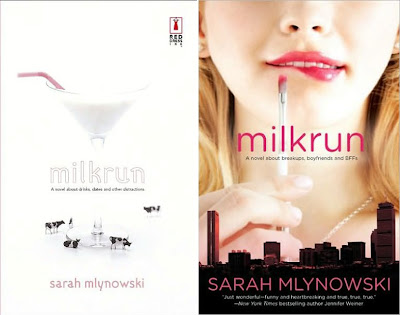 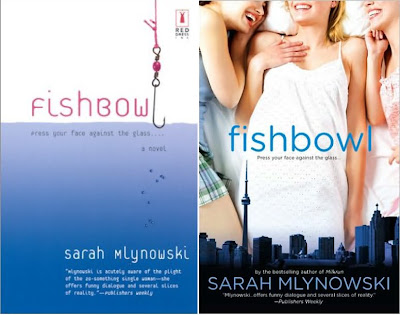 So I was browsing around Borders last night like I normally do and I noticed that Sarah Mlynowski's titles Milkrun and Fishbowl have been released with new covers. The price of these new editions is $9.99 instead of $12.95.  The original versions were put out by Red Dress Ink and the new editions by Mira, which are both under the Harlequin umbrella.
I wonder if any of her other adult titles will receive makeovers, I think Monkey Business is a great contender!
I've been familiar with the original covers for several years now so it's hard for me to instantly decide between the two I definitely do like the new ones though! I've read articles in the past about repositioning books with their covers upon paperback release to capture a new audience, I'll have to dig some up and see what you guys thing.
What's your favorite the old set or the new set?
Posted by Alea at 9:50 AM