Miles from Nowhere by Nami Mun 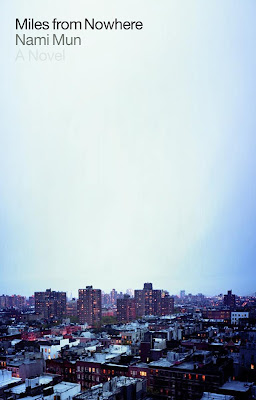 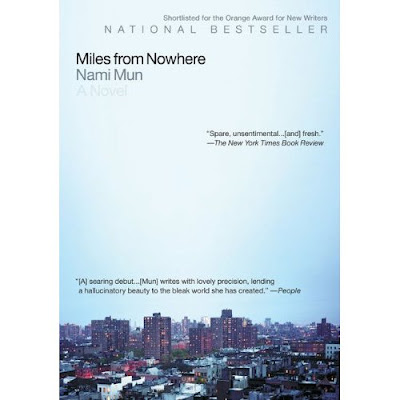 A major voice in fiction debuts with the story of a teenage runaway on the streets of 1980s New York.

Teenage Joon is a Korean immigrant living in the Bronx of the 1980s. Her parents have crumbled under the weight of her father's infidelity; he has left the family, and mental illness has rendered her mother nearly catatonic. So Joon, at the age of thirteen, decides she would be better off on her own, a choice that commences a harrowing and often tragic journey that exposes the painful difficulties of a life lived on the margins. Joon's adolescent years take her from a homeless shelter to an escort club, through struggles with addiction, to jobs selling newspapers and cosmetics, committing petty crimes, and finally toward something resembling hope.

Yes, the covers are basically the same, but I wanted to illustrate how cluttering up a paperback with quotes, awards etc can really almost ruin a great cover. They added 4 different lines of copy to it! I say that stuff should stay on the back, especially on a cover as simple as this, it distracts much too much.

Do quotes, and awards added to a paperback bother you?