The Amanda Project: Invisible I
Interesting note, in the paperback version the Invisible I was dropped from the title and also the two versions of the book have different authors. I do remember hearing the author listed on the first book was actually a pen name for an author with other authors writing sequels so I guess Melissa Kantor's name (along with Amanda, the character in the book) was used on the paperback to attract fans of hers that may not have known she wrote the book when it was released in Hardcover. Thoughts? 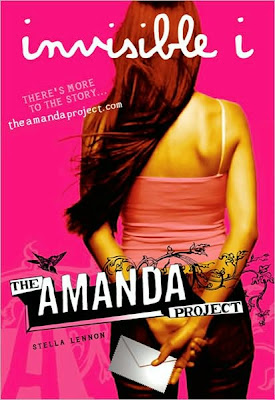 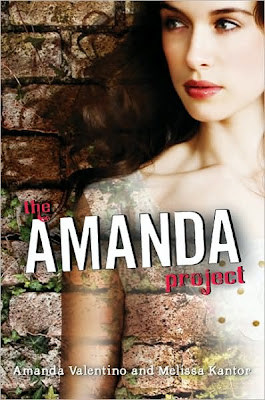 Paperback
Amazon.com:
Mysterious, charismatic, and one of a kind—the only way to find Amanda is to think like Amanda.
When enigmatic freshman Amanda Valentino arrived at Endeavor High, she chose three people—Callie, Hal, and Nia—to guide her through the choppy waters of her new school. Except she didn't tell them about each other. When Amanda leaves, the three must reluctantly work together to figure out why. But once they start piecing together the cryptic clues that Amanda herself is leaving for them, they realize that everything they thought they knew about her is false. The more they dig, the mystery of where—and who—Amanda is deepens.
As far as the covers are concerned I think the paperback has a much more current feel than the hardcover but I really do not like the invisible thing going on, it won't be so bad if it wasn't on top of bricks.
Have you spotted a Hardcover vs. Paperback you would like to contribute? Send me an email!
Posted by Alea at 4:51 PM