This post is late because Blogger decided not to work this last night!
Usually I try to do my posts in chronologically order but this week I'm started with a few really exciting things! I ordered a swift and a ball winder and they both just got here this week! They are both from Knit Picks. I had been going back and forth on if I really needed then but then decided to go for it and get the swift right before it went back to normal price! So even though I'm currently on the Yarn Diet I was able to enjoy some new purchases because I had ordered than last week and the week before! 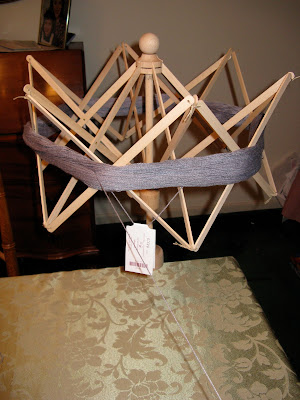 Here is the ball winder with some lace (I've never worked with lace, this came yesterday too!) 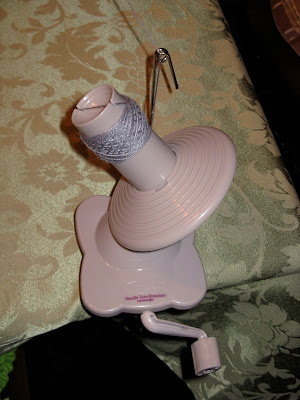 Also with a gift certificate for Christmas I was able to get the Harmony Needle set and that came too! I'm pretty impressed with the case it fit all my needles, including the 3 sizes I bought that didn't come with the set and the other ones I had bought previously! 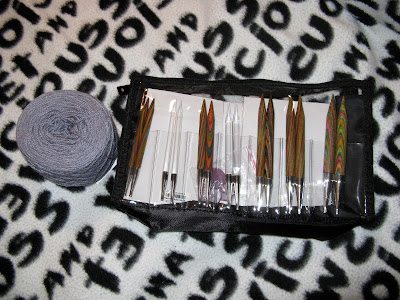 Over the weekend I was at Borders (surprising right?) and was looking at their sale and clearance stuff, I saw this really cute bag which I guess it supposed to be for bath stuff or something and I thought wouldn't this make the greatest project bag, and it did! 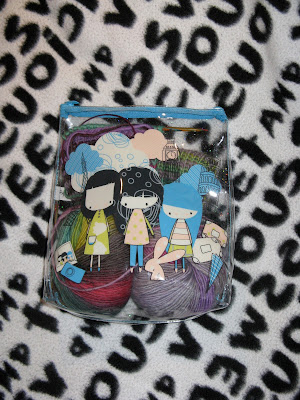 And here is what was inside the project bag, 2 balls of Knit Picks new Chroma and the scarf I am making from them, based on the Noro Striped Scarf pattern. 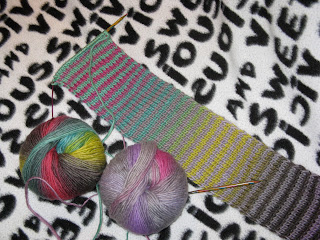 Yarn used:
Chroma Mixtape
Chroma Regency
This is the first project I started after the Yarn Diet began a crocheted cowl called the Calm Cowl.  I think I did the pattern a bit wrong the first few rows but I think I'm going to leave it. 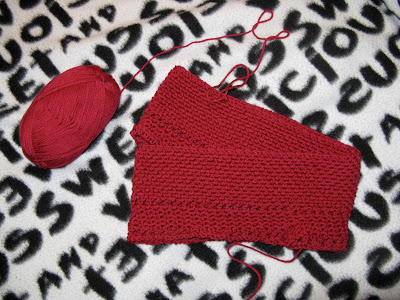 Yarn used:
3 skeins of Berroco Comfort DK 2742
Also around Christmas I started and finished a hat for my dad's birthday which is coming up soon! It looks sort of long here but when you fold the brim over it fits (me) perfectly! I decided to go with stripes because I didn't have enough of the darker brown to complete the hat to match the scarf I made him for Christmas. And I found out they don't even have the color anymore so yeah! The pattern is from the book More Last Minute Gifts that I got from the library. 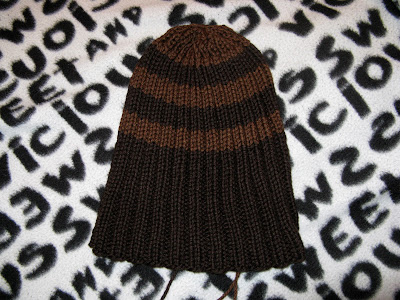 Yarn used:
KP Comfy Bulky in Fedora and Bison
And finally I enjoyed the seed stitch so much in the cowl I recently showed for a friend I thought I would try it again in a scarf, held double for another friend! 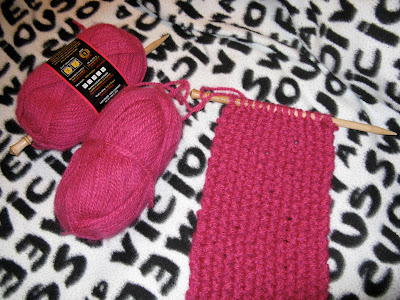 For more crafty goodness be sure to stop over at WIP Wednesday! And find me on Raverly as mint910.
Posted by Alea at 9:46 AM